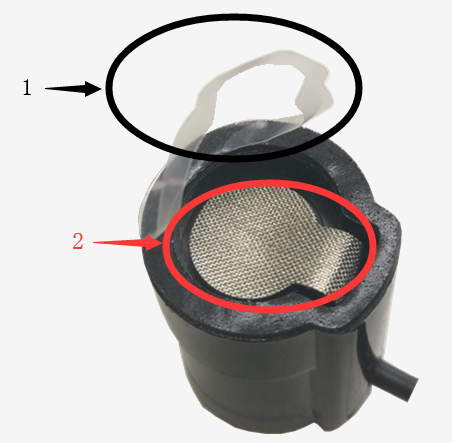 Peel off the transparent protective film to stick to the screen of the mobile phone as shown in Figure 1.

The silver clicker cannot be torn, as shown in Figure 2.

Answer: Mainly the screen problem. Mostly appear on some damaged screens or mobile phones that have changed screens (common in Apple phones). Slow down the speed, generally adjusted to less than 5 times a second.

2.The clicker responded first, but become useless after long time of clicking.

Answer: Touch positioning is by sucking away the electric particles on the screen, and some mobile phone screens supplement are not fast enough. Please charge the phone at the same time and slow down the speed.

3.Does the nano anti-slip mat not suck? (Be sure to look at the replacement video attached to the spare pad first)

Answer: The nano pad can be reused. After the suction is lowered, gently scrub with water dipped in the finger. After the water is dry, the suction will be restored. The original must be torn off and replaced with a new one when it is replaced, otherwise it will not be used.

4.the power bank does not work after 30 seconds?

Answer: The power consumption of the clicker is very small. Some power bank do not feel that something is using electricity. After 30 seconds, the power is automatically turned off. If power bank also charges the phone at the same time, it will not automatically shut down.

5.no response when used to like on live broadcast on iPhone (Android phone does not affect).

Answer: The position of the like is just above the iPhone speaker. The speaker has magnetic influence on the clicker. Solution: Take advantage of iPhone’s own full-screen zoom function (Open Settings – General – Accessibility – Zoom), drag the zoomed position of like to the middle of the phone screen and click on it.

The above corresponds to the

function of short press (in the figure 1)

The following corresponds to the function 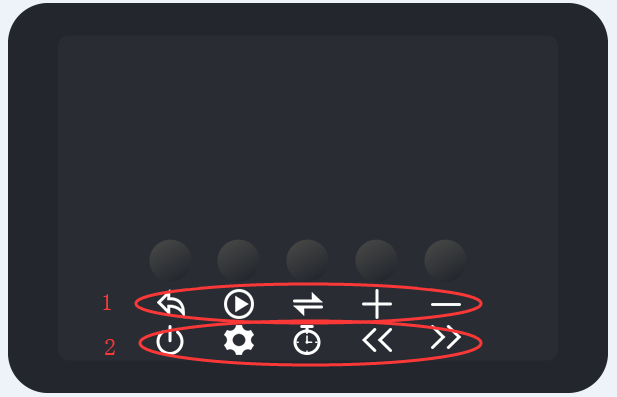 Almighty version Press “Add” to switch between A, b, C and d modes.

The A mode is the easiest, and each jack independently adjusts the click speed. The slowest click once every 99 seconds, the fastest one second 20 times. Suitable for liking on live streaming, simple

press plus to choose P2P3

The b mode features precise clicks within 10 seconds. The time precision is 0.01 seconds, and the click order and the length of the press can be set. Suitable for complex clicks and snatching. (Press the plus button to switch to B mode on the main interface)

the first “1”means the first click, press plus to select the second and third time

C and d mode: hang up for a long time. The time precision is 1 second, and the time of each click of the screen is set independently. Hanging machine preferred. (Press the plus button to switch to C mode on the main interface)

the first “1”means the first click, press plus to select the second and third time